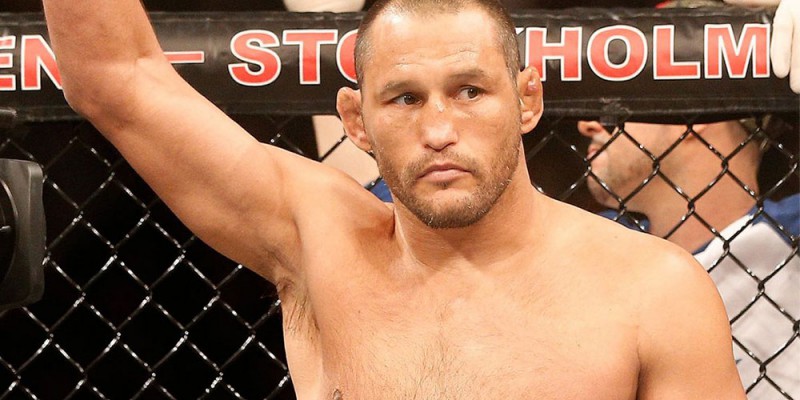 The California Wrestling Hall of Fame recently announced its 2013 Hall of Fame class and the field was littered with Sun Devils with five of the 10 selections having wrestled for Arizona State during their illustrious careers.

Gary Bohay, Dan Henderson, Townsend Saunders, Don Shuler and Charles Tribble were all honored at the ceremony last month as part of the 15th California Wrestling Hall of Fame Class at the Laguna Hills Community Center in Laguna Hills, Calif.

The five wrestlers achieved all levels of collegiate and post-collegiate success with Bohay, Henderson, Saunders , and Tribble all reaching the pinnacle of wrestling achievements as participants at assorted Olympic Games while Henderson would go on to become a MMA legend that helped truly put the sport on the map.

Shuler was a U.S. National Freestyle Champion and historic coach at Liberty University.

The five wrestlers combined for six All-America honors and six conference championships and over 200 victories between them.

A recap of the Hall of Fame nominations can be found below:

Gary wrestled at Fountain Valley HS and was a CIF Southern Section Champion and two-time State Placer.  He wrestled at Arizona State University and became a NCAA Division I All-American. Canadian-born, he wrestled for Canada in many international competitions. He won the Canada Cup and represented Canada in the Olympic Games in Seoul. He was a World Silver Medalist at the 1989 World Championships in Martigny, Switz. He was Canadian Wrestler of the Year in 1989, won the Canadian National Championship six times, and served as team doctor for the Canadian World Team.

Dan wrestled at Victor Valley HS and led his team to a CIF State Championship. During his senior year he won Freestyle and Greco-Roman Championships at the Junior Nationals. After wrestling at CSU-Fullerton and Arizona State, Dan focused on Greco-Roman wrestling and became a National Open Division Champion and a two-time Olympic team member at Atlanta in 1992 and at Barcelona in 1996. Dan was a World Cup Champion and represented the U.S. in two World Championships. He became a mixed martial arts legend and is currently a top contender for the UFC World Championship.

Townsend wrestled at Torrance HS where he was a CIF Southern Section Champion and a State runner-up. At Cal State Bakersfield he was a NCAA Division II Champion. He then wrestled at Arizona State ans was a 2-time NCAA All-American and PAC 10 Champion. In freestyle wrestling, he was a 2-time U.S. National Open Champion. He won gold medals in Freestyle at the 1994 Goodwill Games and in the 1991 and 1995 Pan American Games. He won a Silver Medal in the 1996 Olympic Games in Atlanta. He served as Head Coach of the 2003 U.S. World Team and the 2004 U.S. Olympic Team.

Don wrestled at Santa Ana High School and was 2nd in the CIF Championships. He attended Santa Ana College and won a Junior College State Championship, selected as Outstanding Wrestler. His record at Santa Ana was 83-6. He attended Arizona State and was two-time WAC Champion, NCAA All-American, and a U.S. National Freestyle Champion. He became head wrestling coach at Liberty University in Virginia where his dual meet record was 189-110-1. He also coached at Brookville High School where he coached 8 state champions. Don was named the Virginia High School Coach of the Year in 2012.

Charlie wrestled at Pacific High School in San Bernardino where he was a two-time CIF Southern Section Champion. He was also a two-time State Junior College Champion at San Bernardino Valley College before transferring to Arizona State University. He was a National Open Freestyle Champion and competed in the 1964 Olympic Games in Tokyo, Japan. Charlie coordinated a program for troubled youth in Phoenix, Arizona. He dedicated his time and expertise to training young athletes to achieve their highest potential in academics and athletics. Charlie passed away in 2009.